I ran an A/B test to see if Facebook is blocking ads with tattoos.

My couples boudoir photography business has experienced a lot of trouble trying to advertise our work.  Whenever we get press, I’d like a Facebook Page fans to actually see it. With the current algorithm, they generally don’t.

We show only the cutest, most tame photos and articles but Facebook Ads has blocked any attempt to show a photo to advertise my business.

“Too suggestive they say”
“Too much skin”

But is that really what is going on here.  This is one of the images Facebook ads said was not approved.

This photo to me looked like a lifestyle couples anniversary photo session.  I thought there could be no way cute snuggles wouldn’t be approved. But they were denied.  I shared this with a group and one of the members asked…is it because they have tattoos?

What????  That has to be impossible. That couldn’t be…or could it?

So I had to see, what would happen if I sent this image to my retoucher and had them take off the tattoos (something I never do to a client!!!)

As you know I built my business on photographing tattooed brides.  So if Facebook was blocking my ad due to tattoos being “sexier”, I had to know.

Results: The Facebook Ad For Couples Boudoir Minus Tattoos

So I reran the ad with NO TATTOOS and sure enough, it quickly was approved! After 2 years of struggling to get the word out about my couples boudoir business, I finally had answers.  I’ve been using tattooed couples and apparently, Facebook’s ad system doesn’t like that!

Now I won’t be further photoshopping any more photos and have since stopped the promotion. My belief is that everyone deserves to be seen as they are and tattoos are part of our personal brand.  We will continue supporting tattooed people even if Facebook doesn’t allow us to advertise what we do with photos.  Couples boudoir has been an amazing way to watch couples reconnect or level-up their relationship! 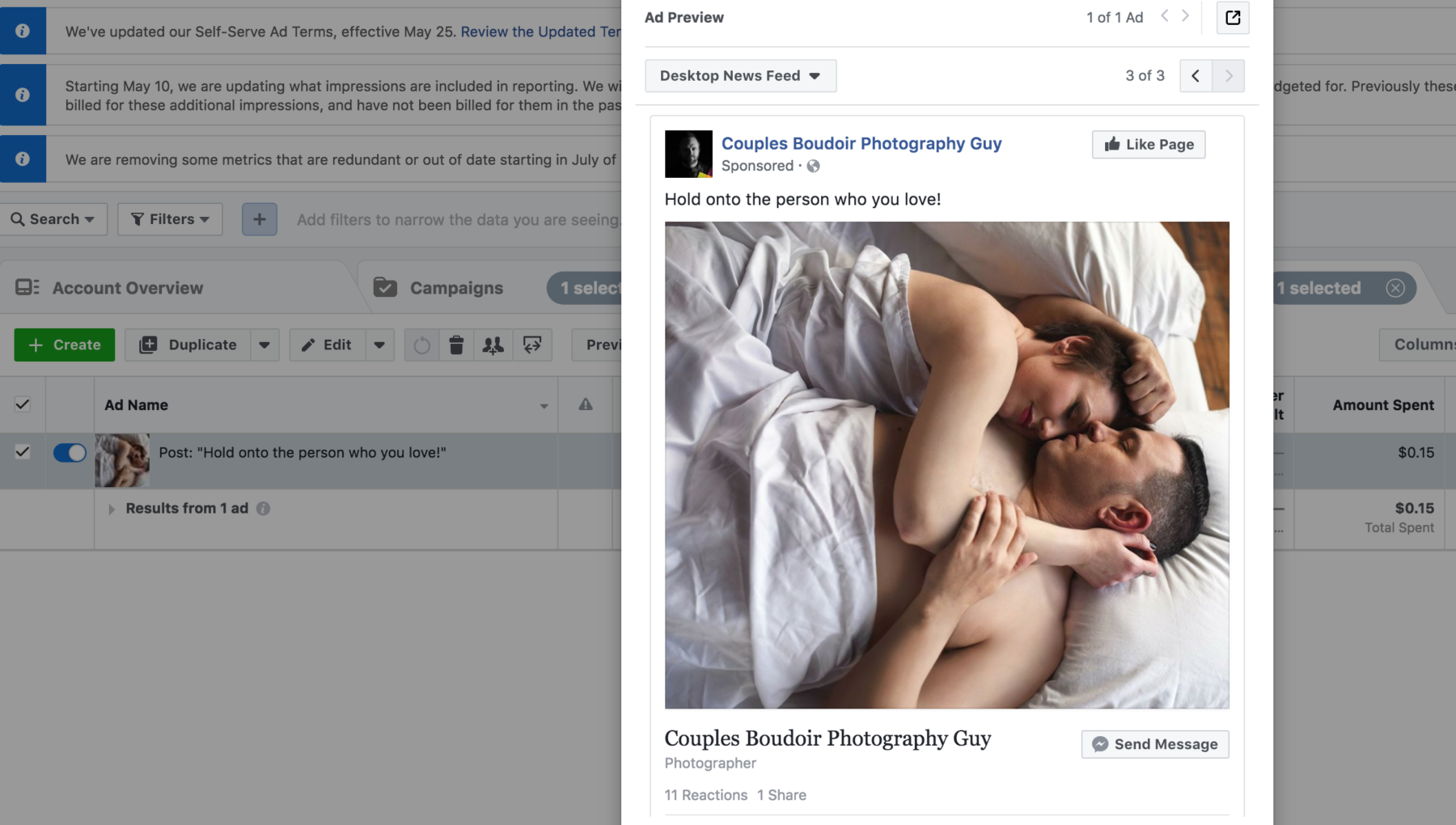 What are your thoughts on this Tattooed Matter?

What trouble have you run into trying to use Facebook ads? How should we get around this ban?  Let us know in the comments below! 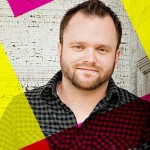