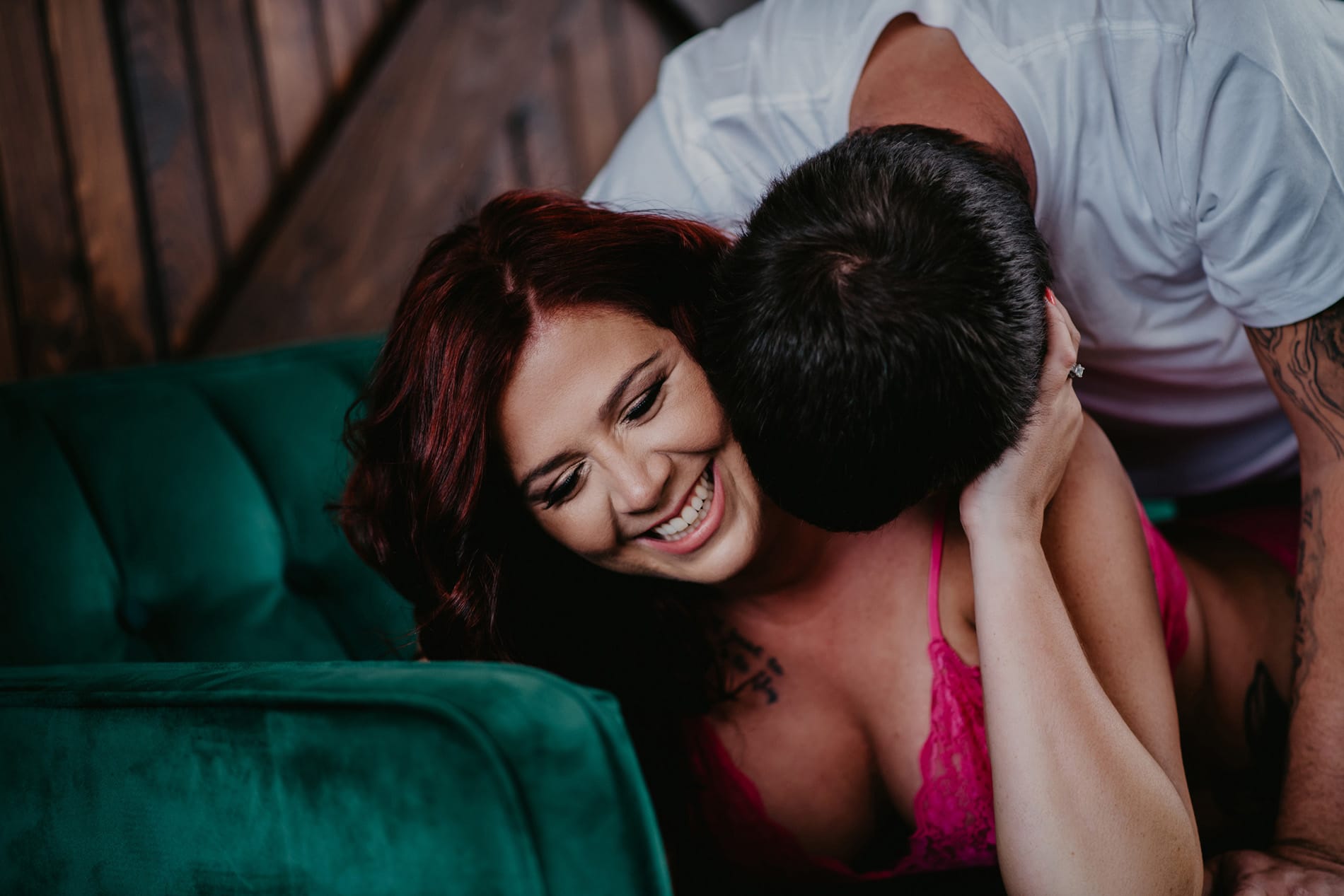 Sometimes couples are destined to cross paths twice, like with Kristen and Adam, who reconnected after a six year gap of not seeing or talking to each other.

“We met many moons ago at an afterschool program. Adam was a grade ahead of me in high school, so we always went to school together. Funny story we worked at Subway together throughout high school and may or may not have been ‘seeing’ each other after work!“ says Kristen.

Kristen then went off to college and the two lost touch.

She continues, “When I moved home, I had been hanging out with my best friend at the firehouse where they had belonged. Her husband had been on my case about hooking me up with this really nice guy. I was totally not ready to start dating after just getting out of a relationship. When he told me who it was, I just laughed! I was like, ‘absolutely not’! Well, after months of hanging around the firehouse, where Adam was a lieutenant, we saw more and more of each other. I had absolutely no interest in even giving him a shot. Months later I finally agreed to hang out, one thing led to another, and here we are eight years later, married for two!”

Kristen loves that Adam keeps her grounded. “I am the person to jump and ask questions later and he is able to reel me back in, to think before I act in certain circumstances. He puts up with my crazy, yet allows me to be exactly who I am. He has held me through some of my toughest days and tries his best to understand me.”

“The thing I love most about you is your dedication to your business, the time and effort you put into your team and helping others. Your constant drive to do better and do more for both us and your business,” Adam tells Kristen.

For their couple’s boudoir session, Kristen had ordered multiple items online that didn’t arrive in time due to the holiday/pandemic USPS shipping madness.

“Outfits, honestly, were a nightmare. Thankfully, I was able to pull it together. I was able to pull an outfit from my own business inventory. My favorite outfit was a simple black bodysuit off Amazon. I typically walk around our house in a crummy old white t-shirt and underwear, so my third outfit was Adam’s favorite underwear and a tight, white crop top!”

Though they both started out nervous, they both warmed up quickly and went with the flow as they got into poses.

“We were both pretty nervous going into it. The drive down that morning we were both on edge, but thankfully we had a blast and the nerves left pretty quick. Mike and his staff were awesome!” says Kristen.

Adam says that his favorite part of their session was their steamy shower scene.

“We loved the down time after the shoot to reconnect and play the card games upstairs. The reveal of the photos, um… I wish I had words. The music Mike played was the perfect fit. In a company where I empower and educate women everyday (she works as a director at Pure Romance), the music and photos almost brought tears to my eyes as I felt so beautiful and so empowered watching the spool of photos, and I am not a crier,” Kristen says.

Adam agreed. “I was speechless when it came to the photo reveal.”

The couple ordered artwork for both their bedroom and master bath, along with a portrait box of 25 photos, which they said arrived more quickly than they expected, and they were just as quick to add them to their walls.

“We planned for a corner in our bedroom but after bringing them home we decided right across from our bed. We couldn’t put them in a corner to hide, they are way too beautiful. It didn’t take long to hang them, they were both up within an hour of getting home. It’s beautiful to wake up to in the morning,” Kristen says.

Kristen says she hopes this session leads to them spending more intimate time together.

“Having those pictures on the wall is a reminder that we need to make time for ourselves…that outside of our everyday busy lives, we still have each other and that is one important piece of keeping our marriage strong.”

Adam says he hopes the session makes his wife more comfortable wearing sexy lingerie! He also added that it was great foreplay and pregame for their upcoming vacation.

The couple says they cannot wait to return one day at a different period in their lives. We can’t wait to have you again, Kristen and Adam!

Book your own couple’s boudoir session by calling 610.539.6920 or by visiting http://allebachphotography.com/contact/