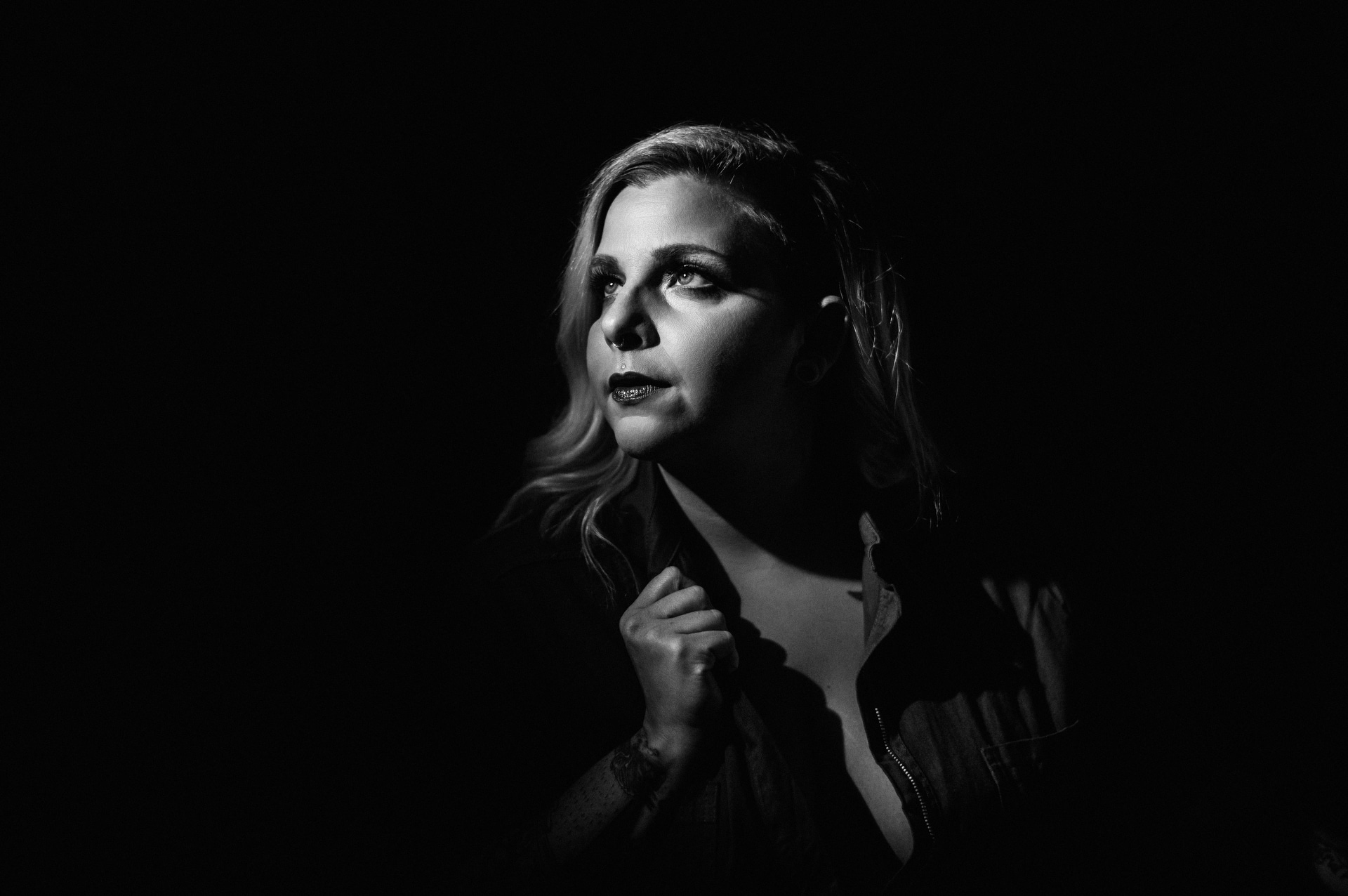 There’s this magical thing that happens when you are faced with the rawness of a boudoir session. You’re forced to see what you love about yourself. A lot of people come into these experiences worried all they will see is what they wish they could change. But the truth is, you’re actually forced to admit that there are things about you that you can’t deny are fucking beautiful and downright sexy.

When I finally fixed my hair after my quarantine bleach fail, I was feeling so much better and fresher… ‘almost’ confident. I was considering asking Mike to photograph me but was too scared to open that door. It frightened me to think that, while I felt better, none of that would translate because I’ve been photographed many times before and walked away in tears. Well… Somehow Mike has some weird intuition because my first day back in after my fresh new look, he asked if I wanted a portrait done. I said maybe, because I was too embarrassed to admit I had really wanted to ask him.

So as I did my hair and packed up my makeup, I decided to bring the one and only mildly sexy thing I own. What the hell right? I probably won’t do it but at least the option is there. Well as soon as he walked in the office he asked if I was ready for my photos. I felt that embarrassment rush back into my face. I said that I didn’t know and I felt weird. But, just like the moment he made me be in photographs with my daughters, he took a stand for me and said, in so many words, “let’s go”.

So I put the thing on I brought and even threw my oversized shirt over it because I felt silly. I did my makeup as dark and moody as I could, to match the set he was putting together, and I took a few deep breaths and reminded myself that he does this everyday and I have nothing to be embarrassed about or ashamed of.

Now, I’m someone who has photographed thousands of people and pride myself on finding those angles that really work with the person on the other side of the lens. But I’ll be damned if I know what those angles are that work for me. I believed I didn’t have those angles. A beautiful and flattering photograph of me was extremely rare.

I think you know where this story is going…

As Mike queued up the photos, I wanted to hide behind my hands. I wanted to peek through a sliver in my fingers so it wouldn’t hurt as bad. Like I do when I know a jump scare is about to happen in a horror movie and I want it to be easier to get through. But I watched as photo after photo of me appeared on the screen. “Who the fuck is that?” “Is that me?!” “There’s no way…” I honestly wanted to cry but my makeup was too on point, so I choked back the tears, threw my head back, and I’m pretty sure I whispered “What the fuck” to myself before saying anything else.

I didn’t see all those things I wish I could change. I was forced to admit to myself that I have really beautiful skin, gorgeous eyes, my hair is fire, and that top I was embarrassed about made my 2 breastfed children-chopped up with a breast reduction boobs look amazing. It was uncomfortable telling myself these truths. I never had the permission to do it before this moment. I hear women talk about themselves, confidently complimenting themselves and how amazing they are, inside and out. I’ve always admired that. I’d even look in the mirror and try to declare positivities about myself but always shied from my own eyes in my reflection because it was too uncomfortable.

But now I get to look at these photographs and think, “god damn I’m beautiful”. That’s a first for me and I have Mike to thank for it. Of course his talent is unparalleled. That goes without saying. But his ability to show up for you, push you outside of your comfort zone to see beyond the criticisms you tell yourself and admit you’re worthy of love in all its forms… That’s what you won’t experience anywhere else. That’s something you won’t ever forget. It’s a feeling you will want to chase. And every single moment you need a reminder, you will have your photographs to transport you back to feeling confident, sexy, worthy of love, and worthy of being seen.

When was the last time you felt beautiful and sexy?

Whatever the circumstances, you felt like your hottest self… Nothing has changed about who you are and how amazing you are. It’s time!

Let’s chat! Schedule a time that works for you:
http://www.meetme.so/allebachphone