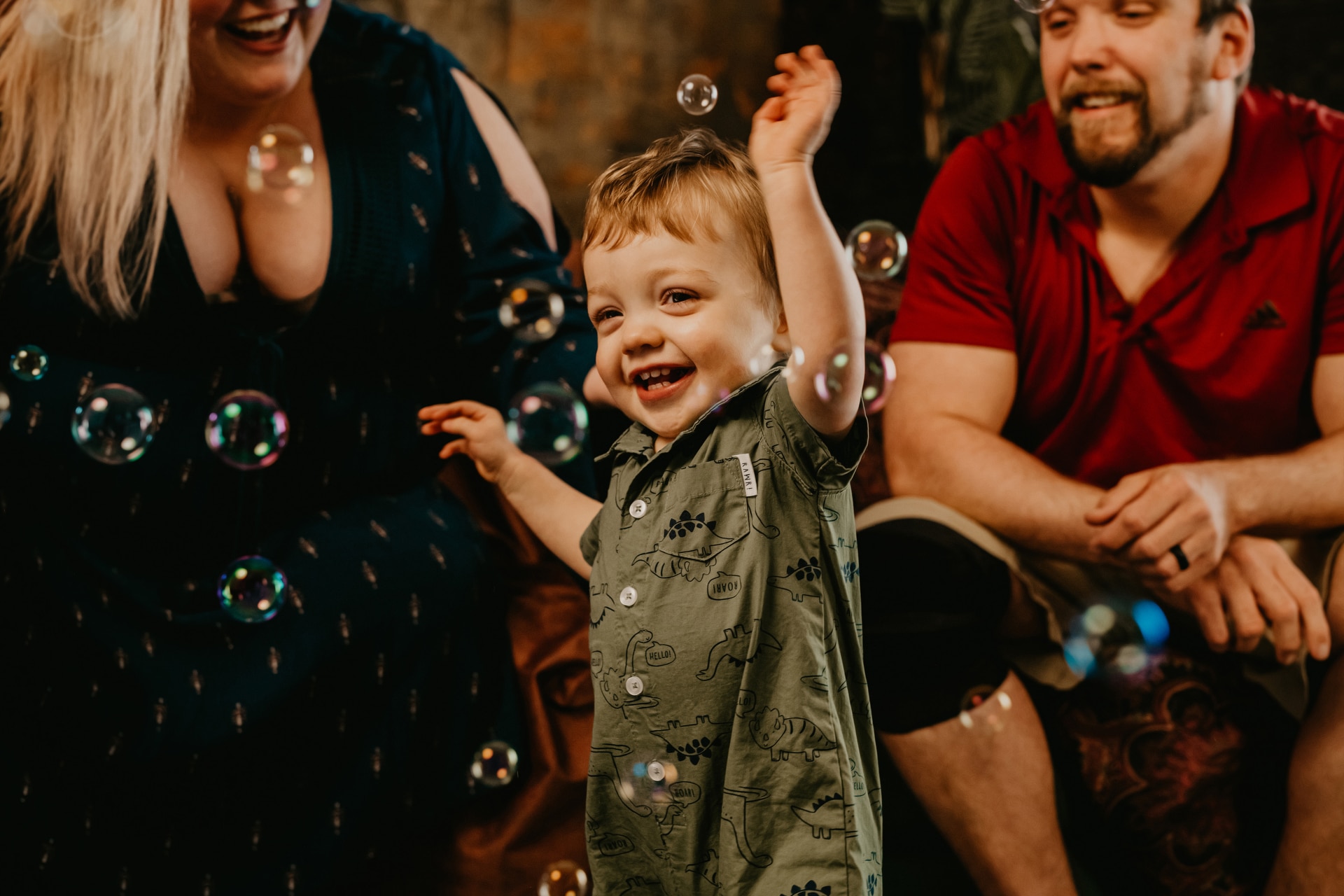 Ashley deeply loves her family and is always looking for ways to show how much she appreciates them, because you never really know how long you might have with them.

Three years ago, Ashley lost her sister, her best friend, to cancer and life hasn’t been the same since. Little did Ashley know though, shortly as her sister passed on, a new family member was making his way earth side.

“Six months after she passed, I found out I was pregnant.  Michelle, my sister, knew exactly what I needed to fill that hole in my heart with her passing on.”

Ashley gave birth to a beautiful baby boy named John, who is now a rambunctious toddler full of life.

Ashley, her husband Tyler and their son John traveled from Salisbury, Maryland (about a four hour drive) for their family session with us.

“I wanted to get these pictures so John never forgets how loved he is,” says Ashley.

She continued, “My family is always here and I feel like I take their presence for granted. Like John screamed the entire time from Salisbury to North Wales and it was very taxing, but then during the shoot I realized that I’m so blessed to have this perfect little family. I have a great husband and he’s very supportive, and then I have this perfect little man that we created. He’s almost two years old and he’s such a good boy. He’s ornery and he’s getting into the terrible two’s, but he’s been sleeping through the night since he was six weeks old, he eats pretty well, only fussy when he’s teething, he’s just so amazing…and he’s mine. And these pictures mean everything to me, capturing the good times we have together and the special bond and the love we share.”

Ashley loves that her session captured the realness of her family, crazy toddler and all! Her favorite part was just watching as Erika worked with John while he did his own thing. A mom of two littles herself, Erika knows just what kids need! She had a bubble machine and toys on set to keep his attention.

“John was ruling the entire shoot! He was running around picking here and there to take pictures. Erika wanted a picture of his shirt undone and he ended up just running around naked in his skull diaper. He was having the time of his life. He was going to the couches and chairs, the tub. Everywhere he was exploring!” says Ashley.

One of Ashley’s absolute favorite photos from the day (which they chose a canvas print of) was an image of her and her son looking in the mirror and smiling.

“It was perfect for Mother’s Day! I cried when I saw my pictures!. The box they came in was beautiful, the canvas was amazing! Everything was so worth it! Erika was phenomenal; she captured our little family perfectly. Erika and Mike are amazing at making you feel welcomed and loved and appreciated.”

The session left their family feeling loved and with a new appreciation for each other.

“I take more time to appreciate my family,” says Ashley.

Book your family session with Allebach Photography by calling 610.539.6920 or by visiting http://allebachphotography.com/contact/