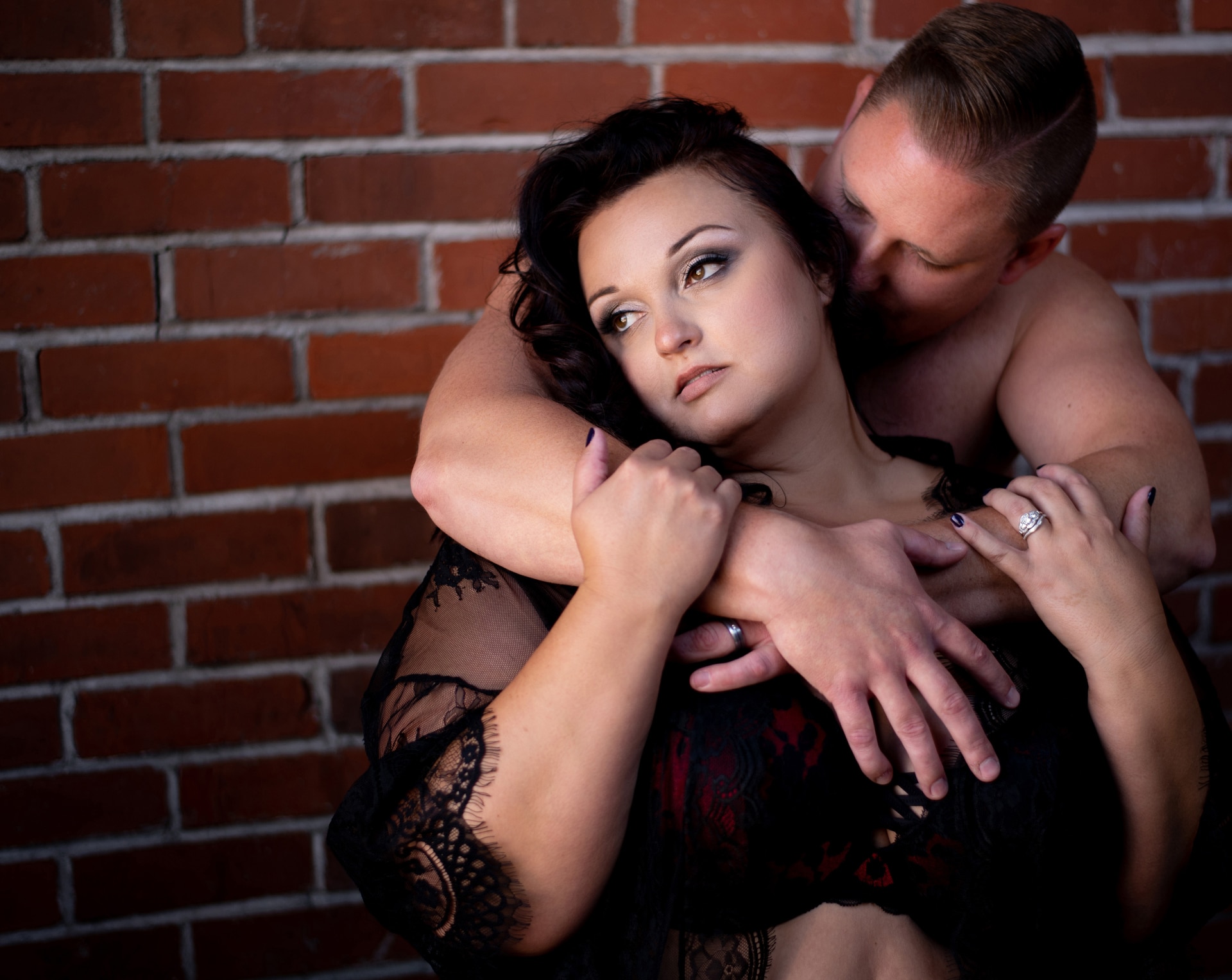 Megan and Derek met through an online dating app called Zoosk, though they were both hesitant to get back out on the dating scene, having each recently gone through a divorce.

“To give perspective on my situation, in that past year, I had gotten divorced, lost my job and lost my mother to cancer. I was lost,” says Derek.

Meeting Megan for him at that time in his life was like getting a second chance at life.

“She was a breath of fresh air, an angel in disguise. I believe that it was quite literally ‘love at first sight.’ We clicked from the very beginning.”

Megan and Derek have now been together for 8 years, married for 6 of those, and have one child from Derek’s previous marriage.

When asked what he loves about Megan, Derek says, “one of the plethora of things that impressed me with Megan is how quickly and seamlessly she assumed the Mother figure role for Aidan. That only made my love for her grow even stronger.”

Shortly before the couple was to be married in 2014 they found out they were pregnant with twins. After many visits and procedures, they miscarried a month before the wedding. Though Megan still struggles with this at times, being a motherly figure to their son and their niece has helped fill that void.

Megan first came across the studio through a couple she worked with who had posted their artwork on Facebook. She began following Allebach on social media and brought up the idea of a couples session to Derek.

“I thought it was so awesome, but initially, in my mind, couldn’t see myself doing it.  When Mike’s post about the modeling call for couples boudoir call up, I was immediately intrigued.  Knowing that if we waited for the other person to take that leap it could be forever, so without telling Megan, I put together an email to Mike, along with a picture of us.  And to my surprise, we were chosen!”

Derek explained that with the extra daily stresses that the pandemic has put on Megan at her job this year, he wanted to give back to her in a way she deserved.

“Unprecedented times with COVID, Megan works on the front lines every day tirelessly to make sure that her residents in her community have as normal of a life as they can.  I wanted to give her an escape from reality so that she can finally see with her own eyes, what I’ve been telling her for 8 years, how beautiful she is.”

After the couple had their first initial phone call with Mike, any nerves that they had immediately disappeared.

“Our session was sooooo amazing! From the awesome hair and make-up artist to Mike and his undeniable skill as not just a photographer, but at making you feel so comfortable in your own skin,” says Megan.

The couple went right “to it” so to speak and skipped the dress up part and were half naked before they knew it! They felt completely comfortable in their own skin.

“During the session, we felt a type of connection, electricity, that was unlike any other feeling.  As though we were not actually doing a photo session but alone just the two of us.  We felt reinvigorated with this even deeper sense of passion brought out by the amazing direction of Mike and allowing us to be ourselves,” says Megan.

“We also really enjoyed the time being unplugged from all distractions like social media, etcetera,” Derek added.

After sitting through the unveiling of all of their photos, they had an extremely hard time narrowing down their favorites because they loved them all!

When they did finally manage to narrow it down, Derek and Megan chose the Storyboard Collection for the bedroom wall, as well as 6 of their favorite prints with mat.

“It brought out so much emotion, and even tears to see us portrayed in such a light,” Derek said.

The couple took away so much from their session.

“A deeper connection with each other, a greater self confidence for each of us, and one of the most memorable experiences of our lives thus far.  We cannot thank Mike and his team enough for allowing us to create memories and photos that will last a lifetime!”

Are you ready to give your relationship what it deserves? Book your couples boudoir session by calling 610.539.6920 or going to http://allebachphotography.com/contact/