Amy and Tim are about to celebrate 11 years since tying the knot, but they’ve been together for much longer than that. The two began seeing each other in all the way back in high school, where they bonded over everything from mini-golf, to a shared inability to never get sick of pizza to “all things geeky.”

“Some couples take breaks or grow apart but we always knew we had a forever thing. Some people’s spouses aren’t their best friends and that’s perfectly fine, but for me, he’s my person, my better half, the person who allows me to be the truest form of myself,” says Amy. 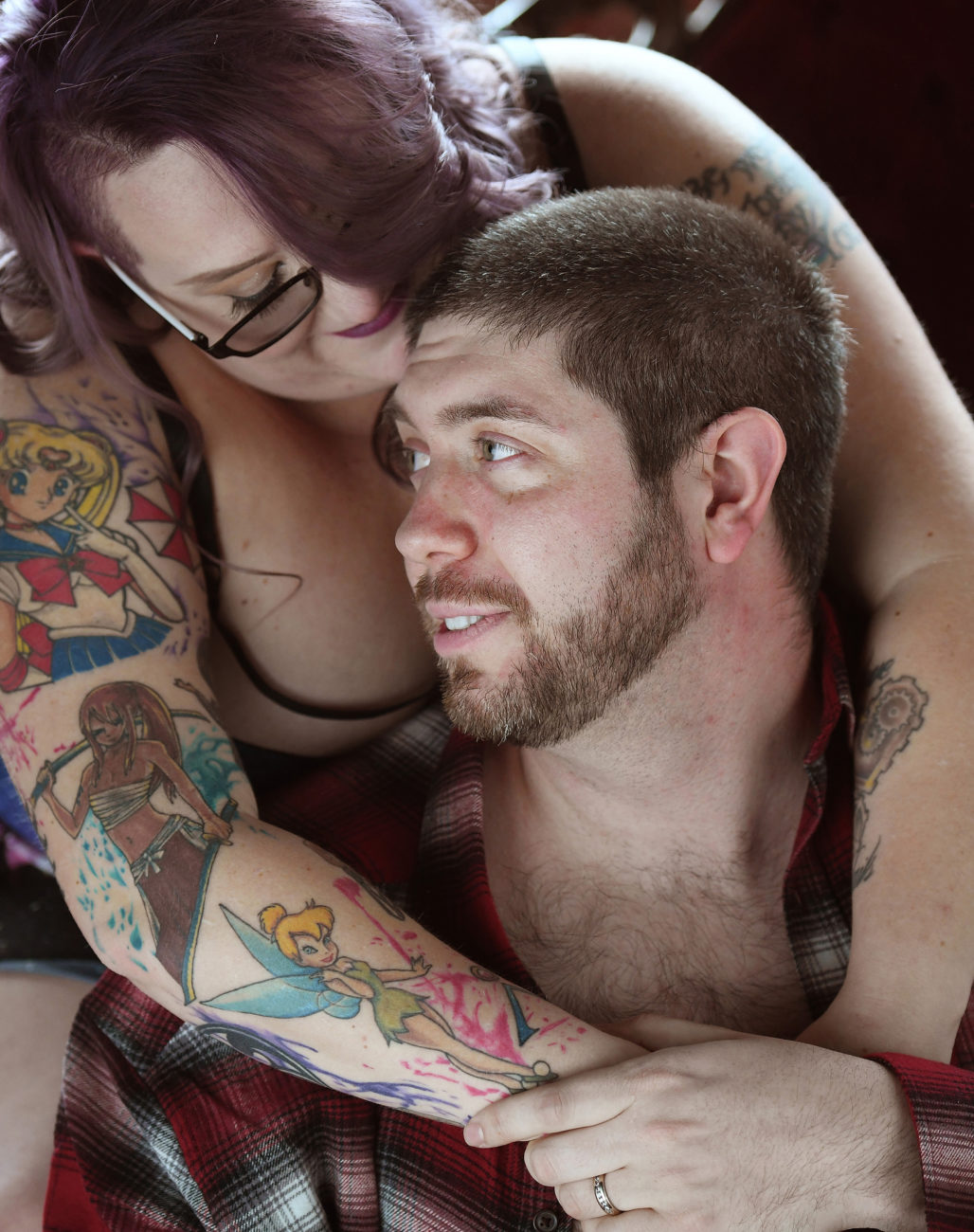 “Tim told me he was gonna propose when we had been together for about three years – mind you he told me that when we were 17!”

True to his word, Tim proposed when the two were sophomores in college and the rest, as they say, is history.

Amy and Tim were married in 2008 and welcomed their daughter into the world that following year.

Being positive role models for their daughter is something that’s been important to them ever since, says Amy, who admits that over the years she’s struggled with her own self-confidence. 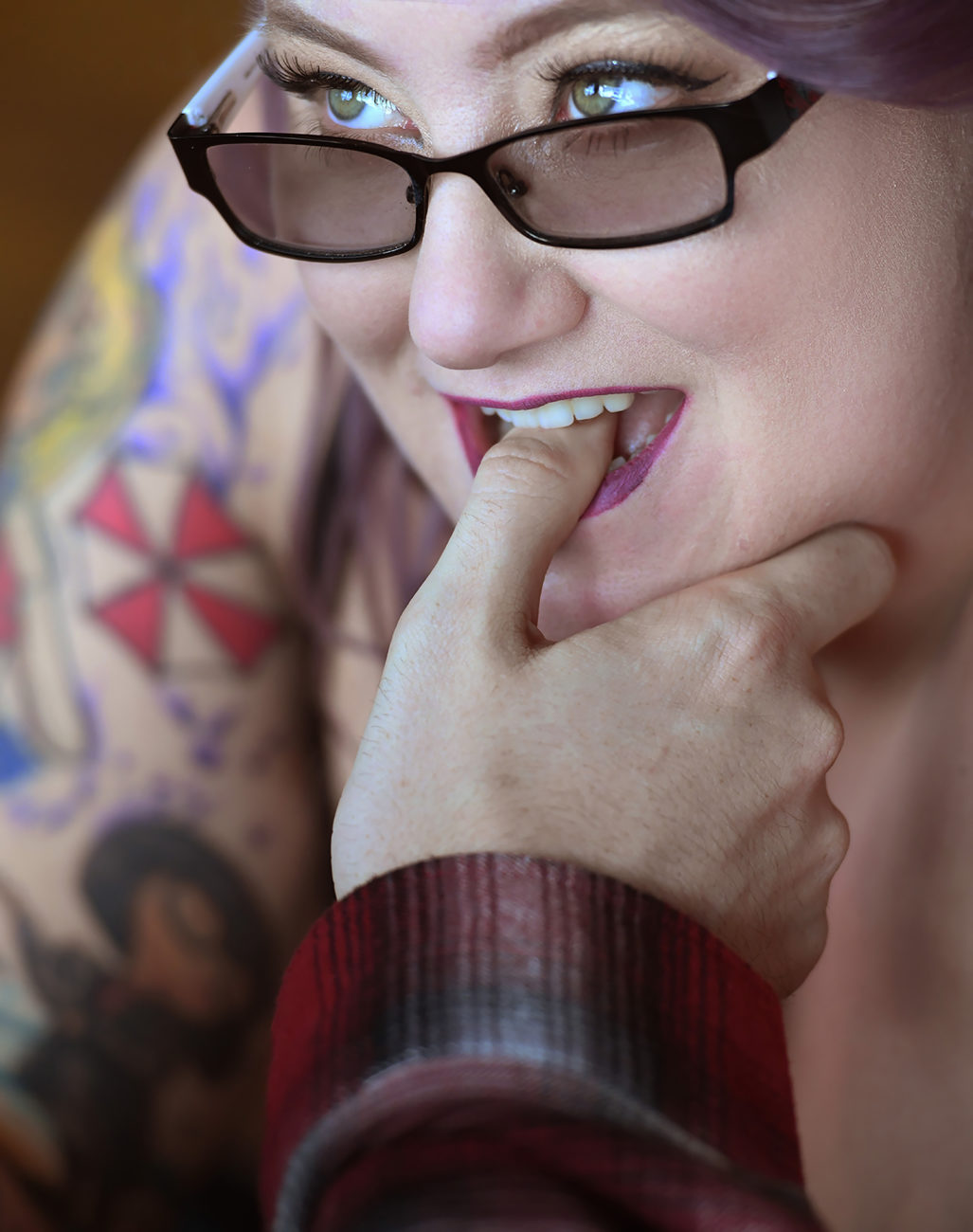 “As a bigger girl, I’ve always struggled with my confidence like most women regardless of size.”

She continues, “But by some miracle, it all changed for me when I hit 28. I think at that point in my life I had hit all those silly milestones people put on themselves – I had a husband, a child, a house and a good job – and once I had those I realized I just didn’t care what people thought about me anymore. Being plus-sized didn’t stop amazing things from happening in my life, so why should I punish myself for the way I was built? That’s when I decided that the most important thing for me to be, especially for my daughter to see, was to be confident!”

That desire was what first drew Amy to boudoir photography, who began to look into doing a solo session on her own. 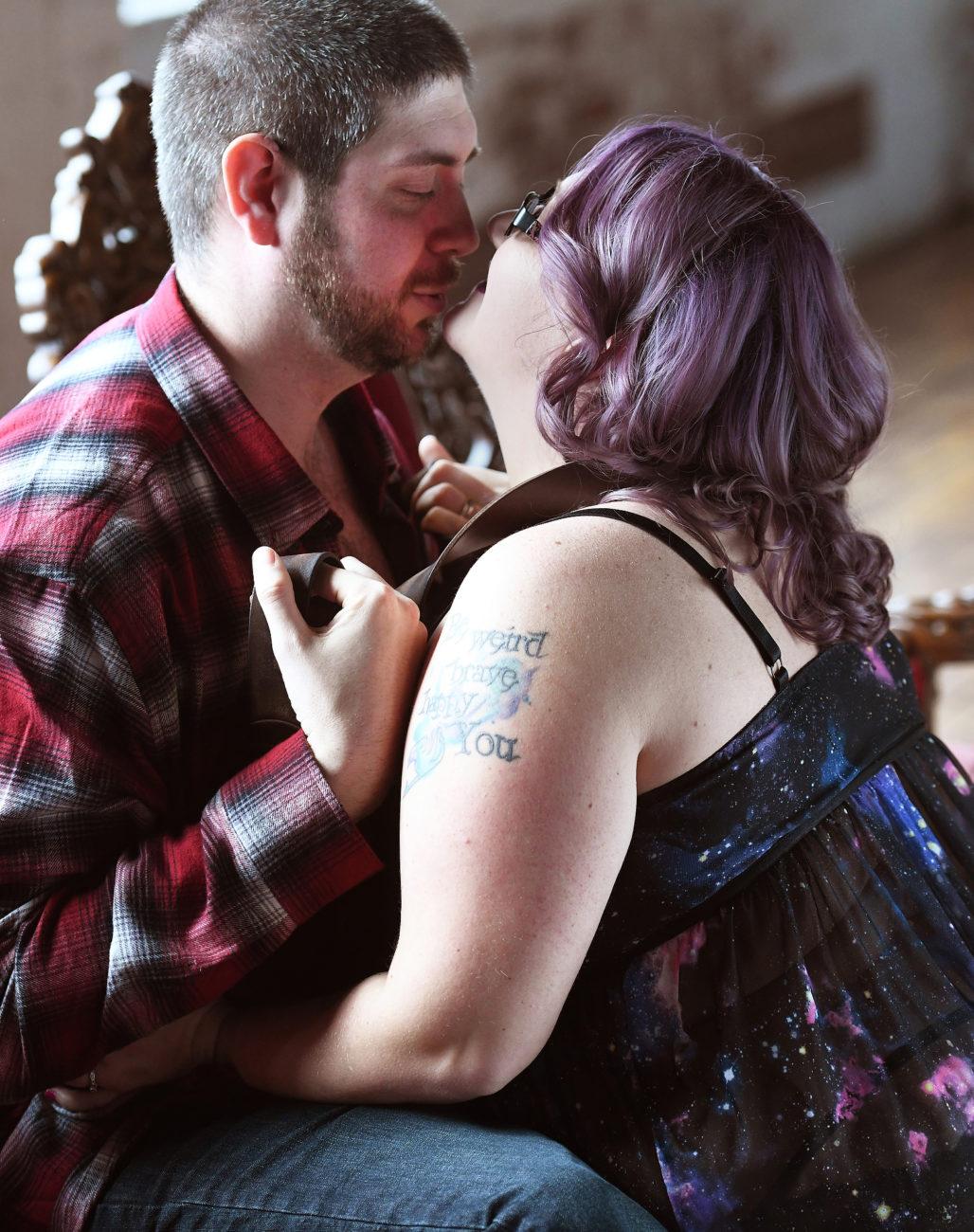 “By a fluke, we stumbled upon the Allebach booth at the Exotica Expo in New Jersey. Both Tim and I were on board from the start, and once we joined the Facebook group (because obviously, I had so many questions), we really felt like we had found our people,” said Amy. 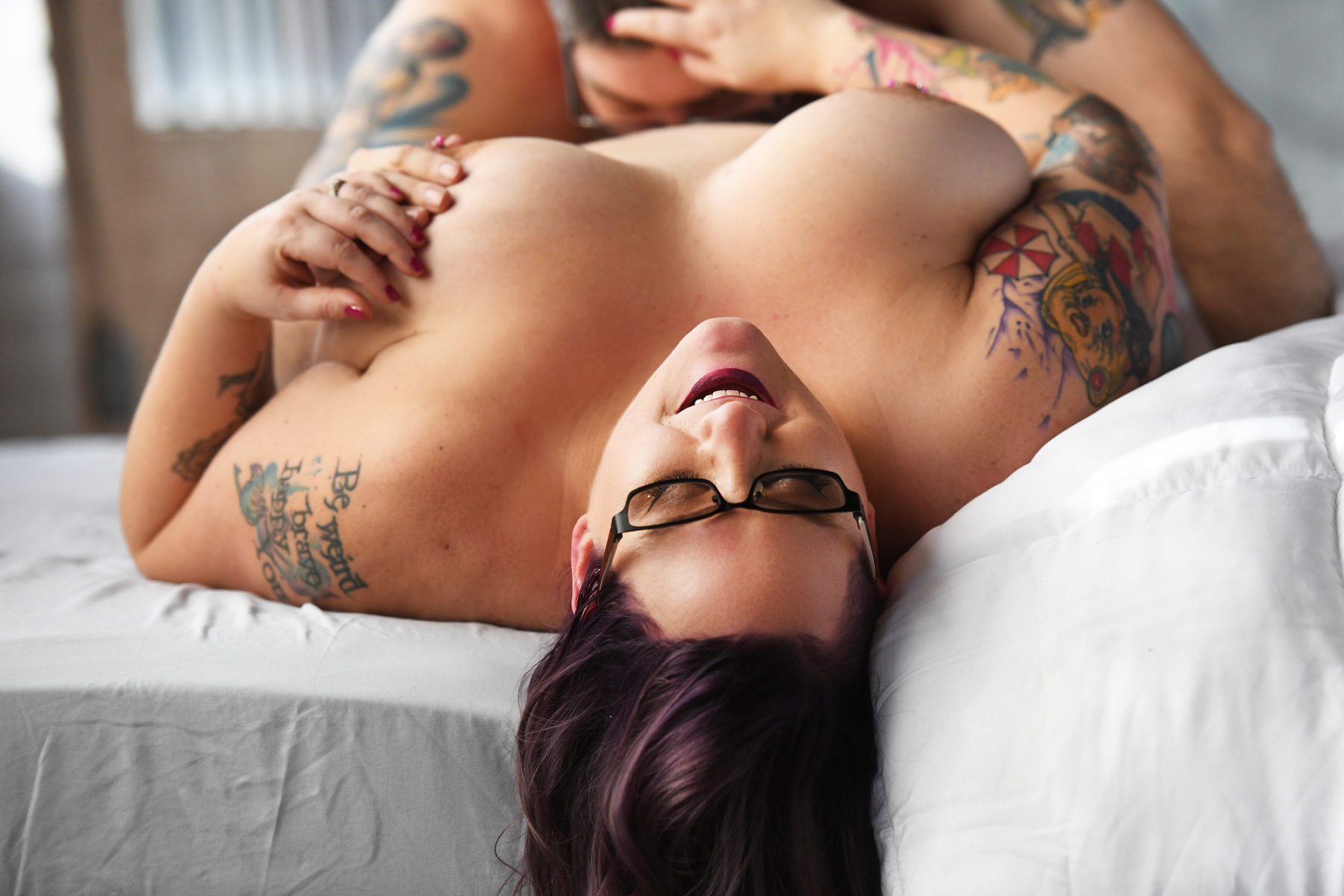 While Tim and Amy both agree that they were nervous for their shoot, their fears were quickly extinguished. 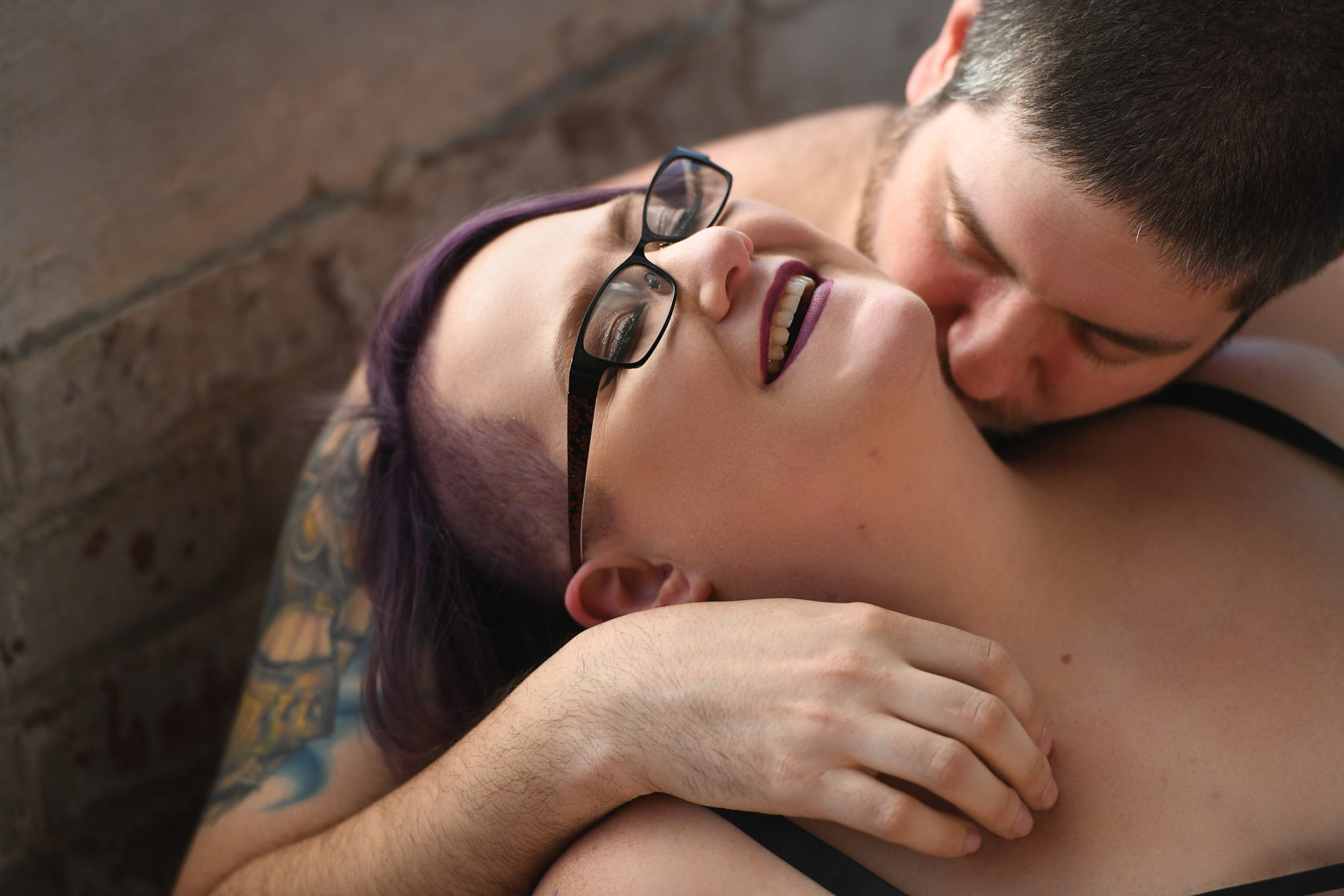 “Honestly speaking the whole crew there helped me get over my fears. They were welcoming and made us feel at home and that made it easier to be ourselves. Seeing my wife all done up and knowing that we were about to have an intimate experience we would never forget made the butterflies worth it,” Tim said.

“Our shoot was so much fun, we were super nervous, but honestly we had no reason to be. Mike was like a friend we didn’t know we had and made us instantly comfortable. It was sexy and fun to roll around half-naked and then completely naked with my hubby, because how could it not be?” said Amy.

The couple can’t wait to do another shoot in a few years. 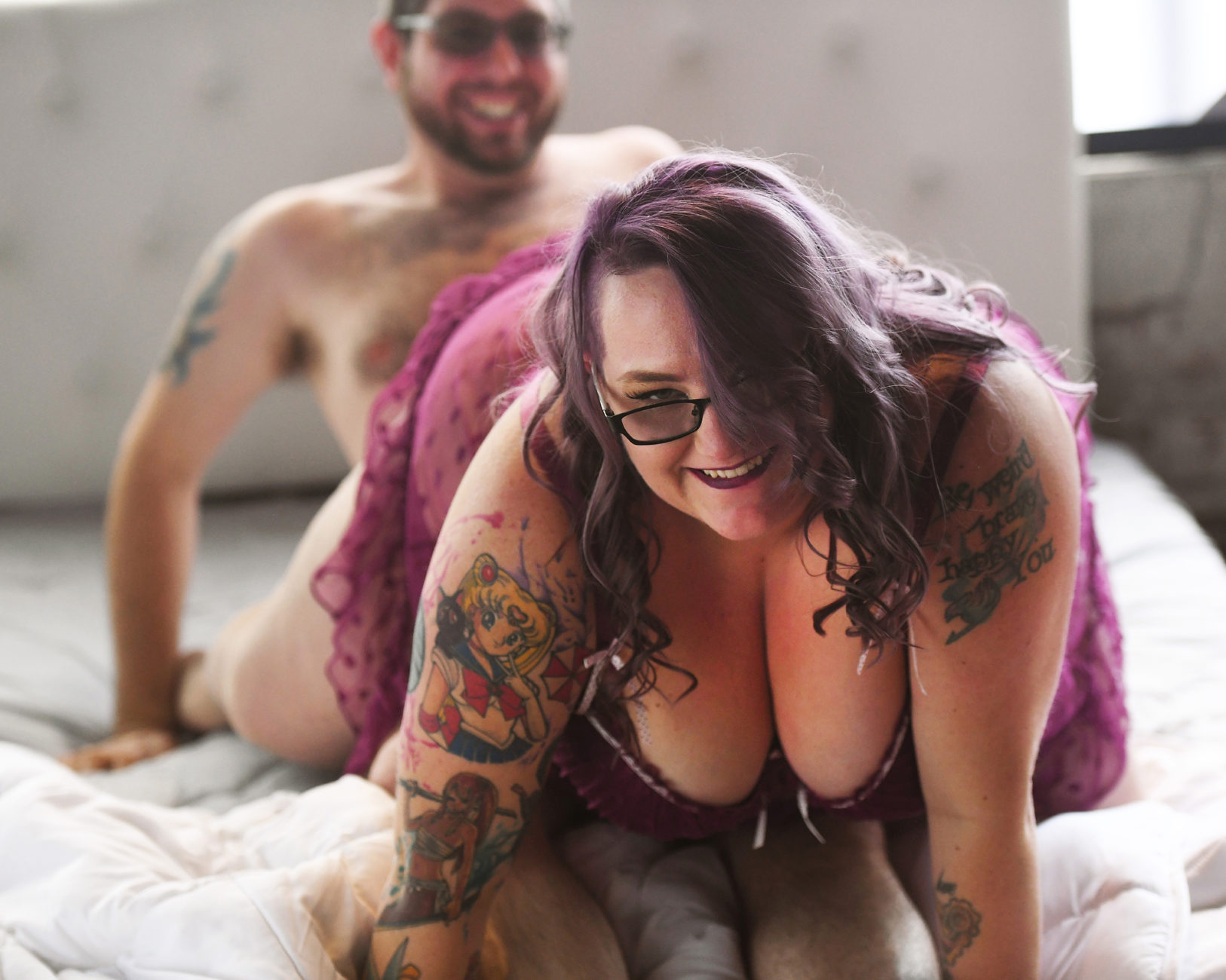 “Overall we would do it again in an instant, and honestly plan to again in a few years. We tell of all our friends they should do it, its a great experience for a couple to go through. I like to think Mike really captured the love between us, and I treasure seeing how we look at each other in those pictures. The pictures now hang proudly in our bedroom always reminding us how sexy we are and how much love we hold for each other, and its doesn’t matter how great your life is sometimes you just need those little things to put things in perspective,” Amy said. 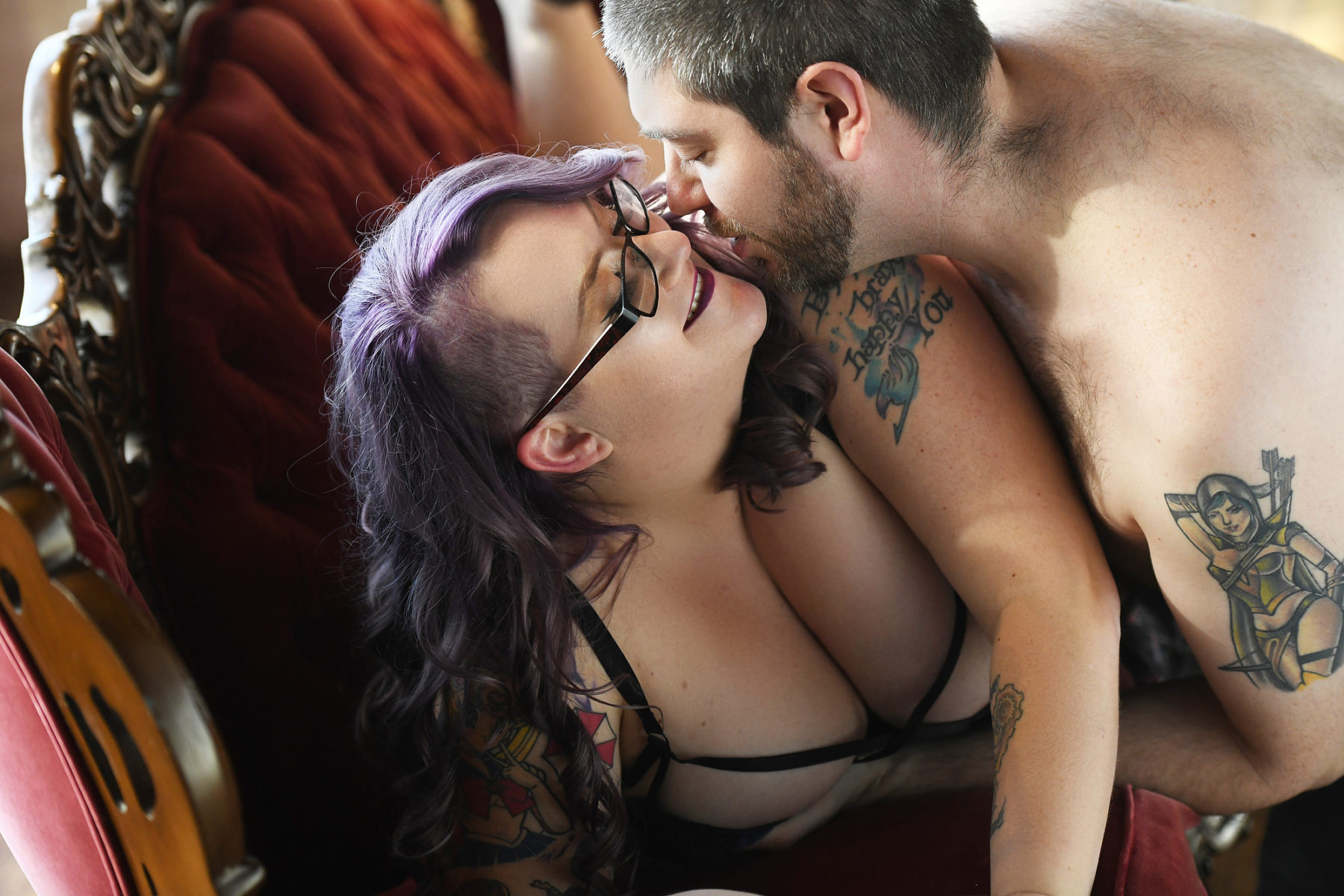 Tim adds, “It was a great time for us and I’ll forever recommend them to anyone looking for something different and intimate.”