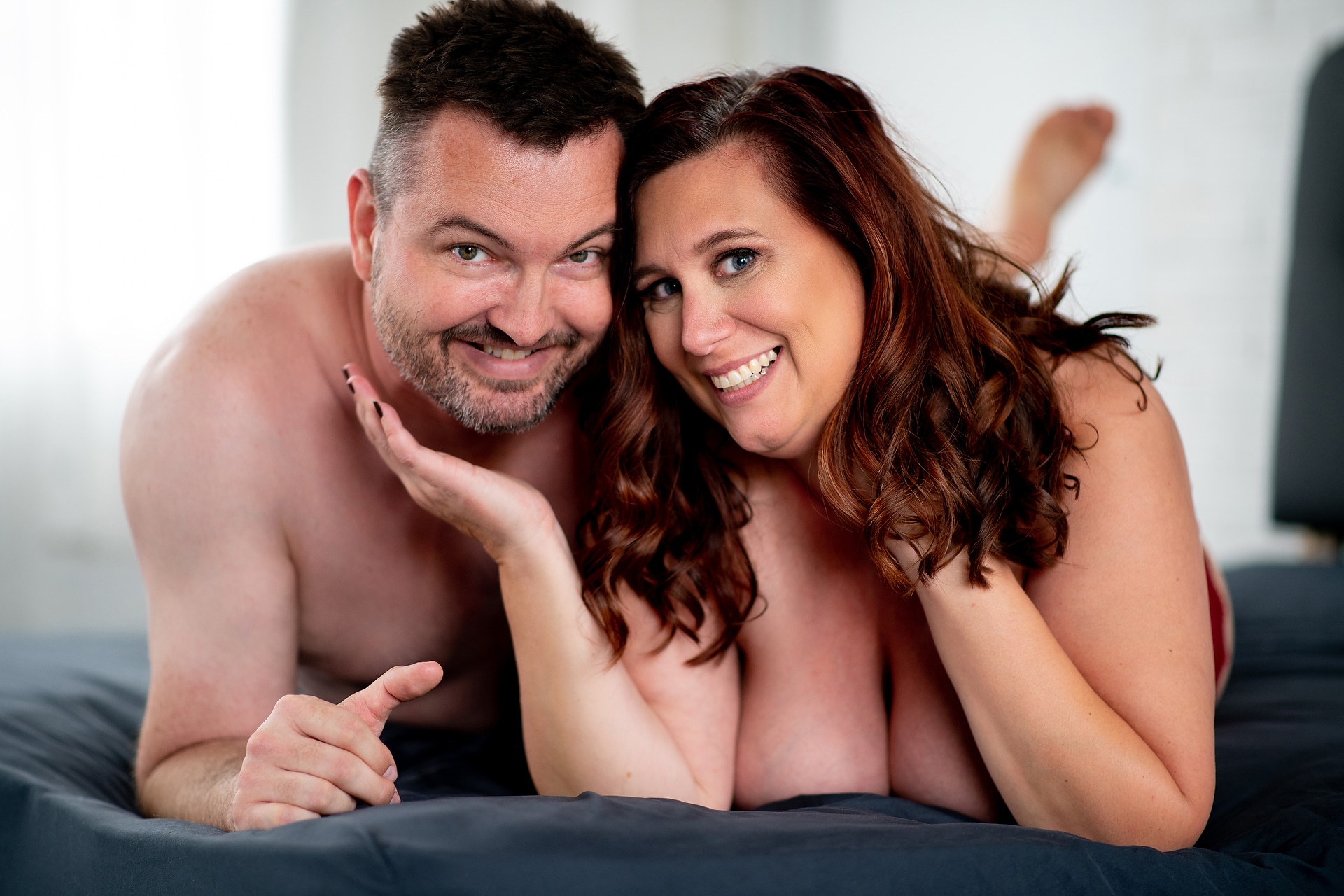 It’s crazy to think that for all of the memories Brian and Jennifer have made together in the past few years, the couple almost didn’t meet at all!

“We met online.  Funny thing about it was that she was logging into her account to delete her profile because she was tired of the types of responses she received from the guys.  She was looking for the right guy (That’s me),” Brian says.

“When she logged in and saw my write-up, that I actually read her profile, and had something more to say than ‘You’re hot” or “nice boobs’. She really had to think about whether to respond to me or not.  She waited three days to respond.”

When they finally met after talking online for a month, Brian says it was magical.

“When she walked in the smile she had and the smile in her eyes of the prettiest blue captured me.  She was perfection in motion, but just as importantly, she had a great heart.  She was special on the inside.  She could stand on her own.  She didn’t need me, she is intelligent, and cares about people.  She was confident, but not arrogant.  She had it all.  And she had me from that moment,” he said.

Jenn fell equally as hard for Brian, and over time she showed him just how much she cared for him. At a low point in Brian’s struggle with depression, she helped him work through it by planning an excursion that featured three places she knew he’d enjoy.

“I was dealing with some major depression (It was going on long before we met), and she saw what I could be. I’m not perfect, but she knew my heart, and she wanted it.  Little did she know she already had my heart,” says Brian.

Brian asked her father for her hand in marriage (he agreed). He bought a white gold ring with a pear-shaped sapphire and two wedding bands of white gold with alternating diamonds and sapphires around the band and proposed to Jenn at the bottom of a waterfall at Crabtree Falls, Virginia. They eloped about a year and a half ago.

Jenn had been following the studio online and showed some couples boudoir photos to Brian.

“It wasn’t the scantily clad women, it was the fact they looked so comfortable.  It was like Mike had this way of bringing out the confident sexy sultry vibes hidden deep inside their hearts and minds, no matter the body type.  The subjects just looked so comfortable, and the couples seemed to be having such a great time,” he said.

When we put out a model call requesting 10 couples in their 40s to 60s, Brian jumped on the opportunity.

“A couple days later Mike emailed me and said he would love to shoot us.  I was so excited to tell Jennifer, and she was having a rough day, so that really lifted her spirits too! “

The couple had their phone consultation a couple days later and set their appointment date.  They spent the next few weeks shopping for outfits to wear for the shoot.

“It was a lot of fun finding the things we wanted to dress in.  I really feel like it was a great pick me up for Jennifer,” says Brian.

“The session was the most fun we had since our wedding day!  We did bring wine to the session, but had so much fun we forgot to drink it!  The theme I chose was Batman, and I wore my underwear outside of my tights with a sock inside for good measure.  I’m kidding. We really didn’t have a theme other than sexy lingerie and to have fun, which we had in spades.  Jennifer had two or three outfits she changed into and I had a couple different color underwear to compliment her.”

Brian continued, “The day couldn’t have gone any better.  It started with us enjoying the pictures on the walls going into the studio.  Once inside the studio, we explored the different sets that were set up.  Mike even has an 1800’s bank vault he uses for the “Red Room”.  Can I hear an Amen!  Mike took us on a little tour of the building and then had us get changed out.  The rest was photo session magic, as we had the time of our lives with each other.  It didn’t feel awkward at all having Mike there with us, in fact I think it made things even more exciting in a way.  I feel like we made a friend that day, and we have plans to do a second session with Mike, next time we’re doing a night shoot.  The whole day was a great experience!”

The couple selected an album with many of the photos taken that day for wall art they chose from body scapes, as well as just a few of their favorite images together.

“Everything has turned out so well.  I mean even beyond the skill that Mike brings to the table – the quality of the wall art is really stunning!  We chose the metal prints and they are absolutely gorgeous.  We put one in our foyer, some on the landing of the stairs, several in our bedroom/bathroom, and trying to figure out where the second session’s photos will go,” Brian said.

The couple flew in from out of state and so after their session they planned a weekend getaway through the New England days.

“It was fall and the perfect time to see the leaves changing colors. So not only did we have the most incredible experience with our photo session, we had a whole week in beautiful land to reconnect with each other,” says Brian.

“We certainly have lots of great memories.  This was a day for the books!”

Brian is adamant about encouraging other couples to give this experience a try.

“I would just like to encourage anybody that is on the fence about doing a boudoir session to just do it.  You won’t regret it.  You WILL have the time of your life, and someday your grandkids will see how sexy grandma and grandpa were together.  Don’t talk yourself out of this.  Mike is great to work with, and photography is about catching a moment in time.  When the moment is gone, it’s gone forever.  Why not let Mike capture some of those moments with you.”

Ready for your own session?
Book yours by calling 610.539.6920 or going to
http://allebachphotography.com/contact/